In news that really seems past due, New York City appointed its first Regional Planning Director. The role went to Carolyn Grossman Meagher, who previously was the Director of Governmental Affairs for the city’s planning department, but most recently has been pursuing a master’s degree in urban planning at Harvard. The plans to create a Regional Planning office were announced last year, as a step towards addressing issues of affordable housing and transportation that affect multiple cities (in a way that no other city in the country has tried). The office was first mentioned in Mayor de Blasio’s OneNYC sustainability plan.

The only similar function that the region has seen was the Tri-State Regional Planning Commission (1971-1982), which failed to find efficacy. Surely Grossman Meagher will have a lot on her plate, but the lack of connection between planning offices in the region in the face of a steadily growing population affords much opportunity to make a difference. In her own words, she hopes to change the “history, [over and over,] of the region realizing it has shared problems and challenges that span the confines of our little political jurisdictions, and then lacking the capacity and sustained momentum to continue to work together on those shared challenges.”

Here’s hoping that this vision will be able to address broad issues such as affordable housing, and improved alternative transportation access for those living and working in different cities, and the simpler ones, such as the fact that “there’s no way to buy a ticket in New Jersey to get to Citi Field,” per Martin Robins, the founding director of the Alan M. Voorhees Transportation Center at Rutgers University. These issues have in the past been looked at by a non-profit, the Regional Planning Association, which has pinpointed the need for expanded transportation infrastructure to address the city’s growth. This new dedication from the city will surely build upon this identification and offer some interesting solutions. 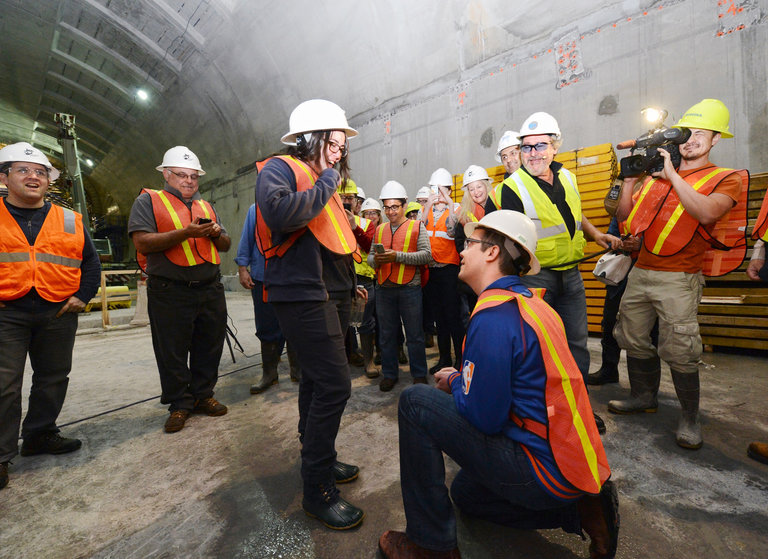 [Grossman Meagher getting engaged in the developing 86th Street subway station – I think this says everything you need to know about her passion for her work.]