On December 16, the California High-Speed Rail Authority apparently issued a Request For Qualifications (RfQ) amongst train-operating companies — for the guidance of planning and early stage-operations of the planned Central Valley to Silicon Valley bullet train. 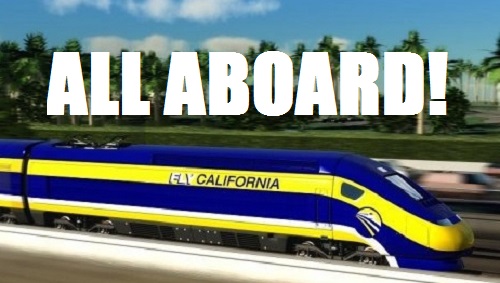 To explain that more simply, the California High-Speed Rail Authority has begun looking for a train operator for the first operating segment, or segments, of the planned 800-mile rail project, which is currently expected to be completed in 2024.

At the same meeting, the California High-Speed Rail Authority also approved “the first outlay from the $9.95 billion of 2008 general obligation bond funds to pay for rail construction in the Central Valley and help fund Caltrain commuter rail electrification.”

California High-Speed Rail Authority CEO Jeff Morales commented in a press release on the matter: “Engaging the early train operator at this time will help us shape our future procurements and provide important guidance as we continue progress on the nation’s first high-speed rail program. The feedback we have received from the private sector demonstrates that this is the best way to approach the program in a timely and efficient manner.”

The California High-Speed Rail Authority added: “Today’s action was the first part of a two-part procurement process, with a Request for Proposals to be released to qualified offerors in spring 2017 with the goal of having the Early Train Operator on board this summer. … With more than 119 miles of active construction in the Central Valley, construction of a high-speed rail line between the Silicon Valley and Central Valley is planned to be complete by 2024, with passenger service beginning in 2025.

It’s interesting to contrast the glacial speed at which this project is moving forward with the high-speed rail buildout plans announced recently by China. …

James Ayre 's background is predominantly in geopolitics and history, but he has an obsessive interest in pretty much everything. After an early life spent in the Imperial Free City of Dortmund, James followed the river Ruhr to Cofbuokheim, where he attended the University of Astnide. And where he also briefly considered entering the coal mining business. He currently writes for a living, on a broad variety of subjects, ranging from science, to politics, to military history, to renewable energy. You can follow his work on Google+.